A cyber-war, resulting in the paralysis of two European countries’ infrastructures: Sixth Column, an elitist hacker group and Max Parson, their lead-managing super hacker, is working meticulously on its humongous coup.

Operation Chimera, dated Friday 13th because of its heavy symbolism, is supposed to expose major systems’ Achilles’ heel and to communicate these vulnerable points paying off eventually. Still, Sixth Column does not intend to carry out the attack’s whole extent at the expense of innocent people, so they treat Operation Chimera as a simulation, executing it on NATO’s behalf.
But then, news is spreading about a train crash in Oslo, identical to the one that occurred in their cyber-game. Someone must have initiated the attacks in reality. While Oslo turns into a chaos with emergency hotlines being totally overloaded and people being evacuated, the group is trying to figure out who has been pulling the strings behind this attack.
Was it notorious Nightshade, founder of the cyber terrorist group Black flag? But then again who gave him access? 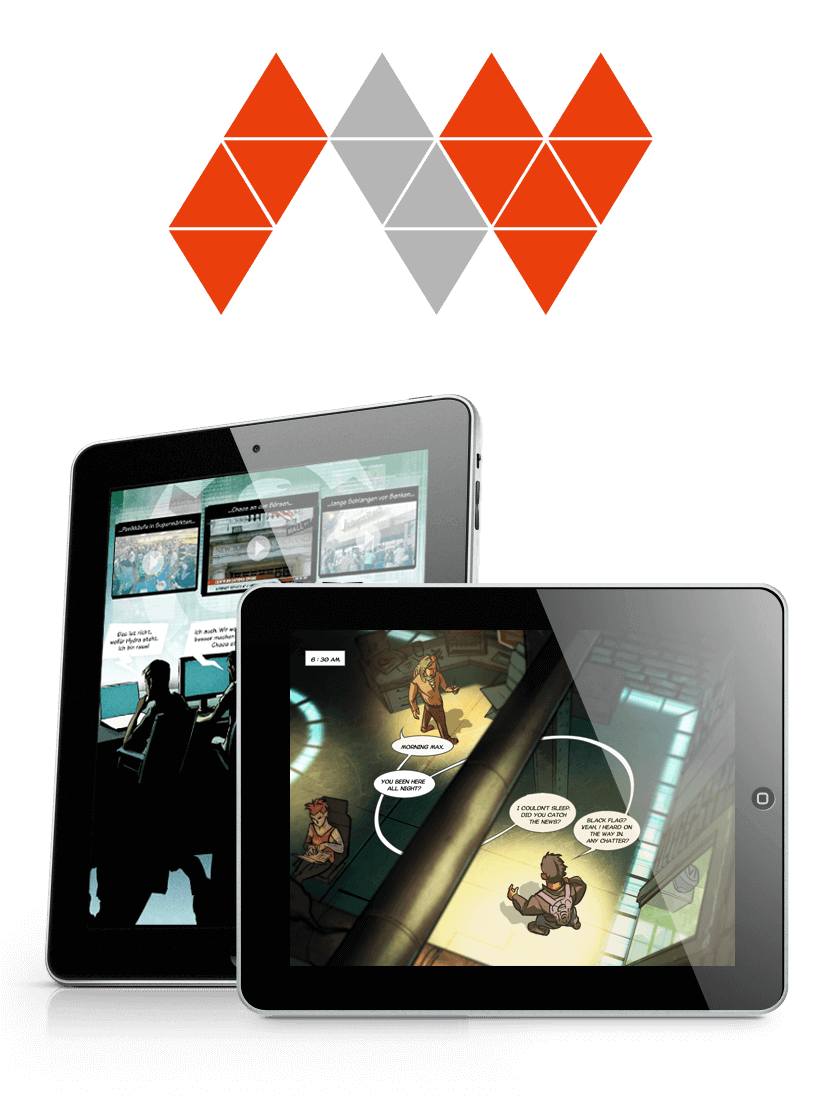 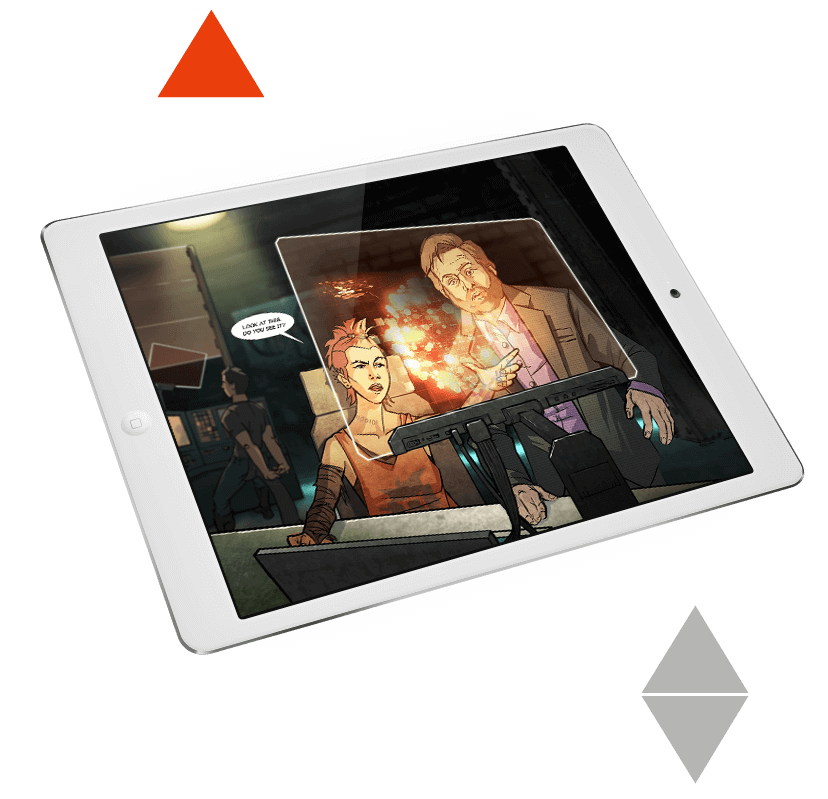 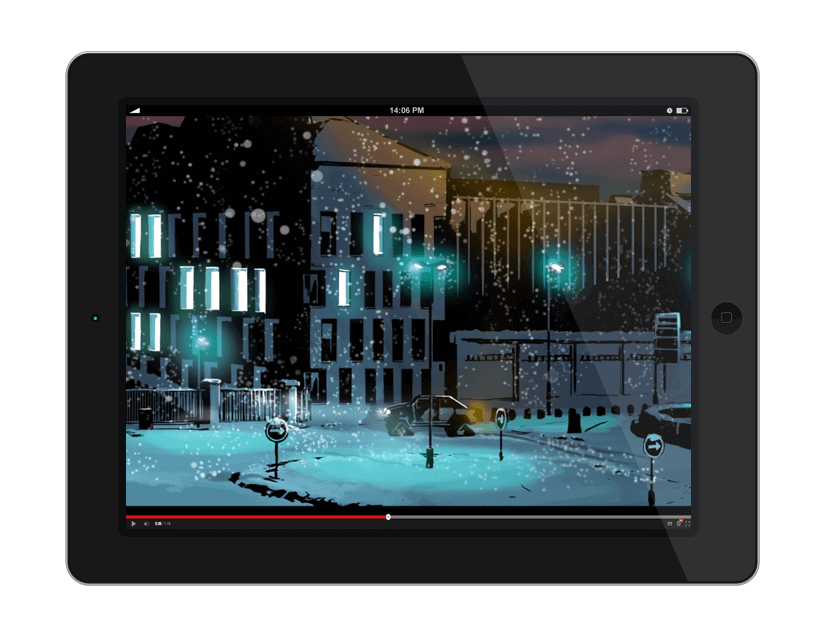 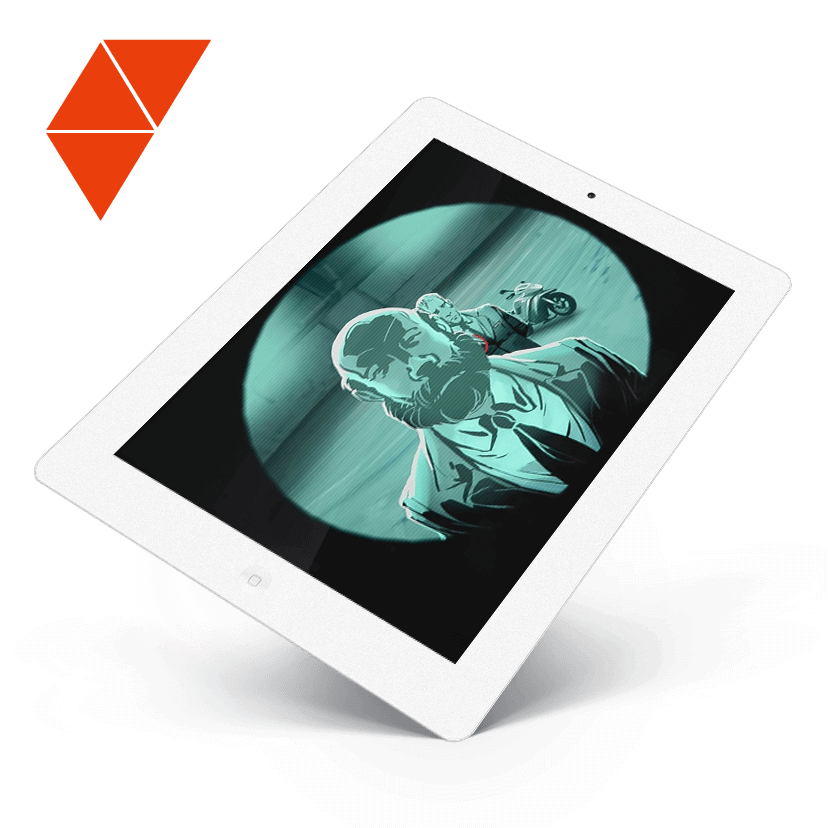 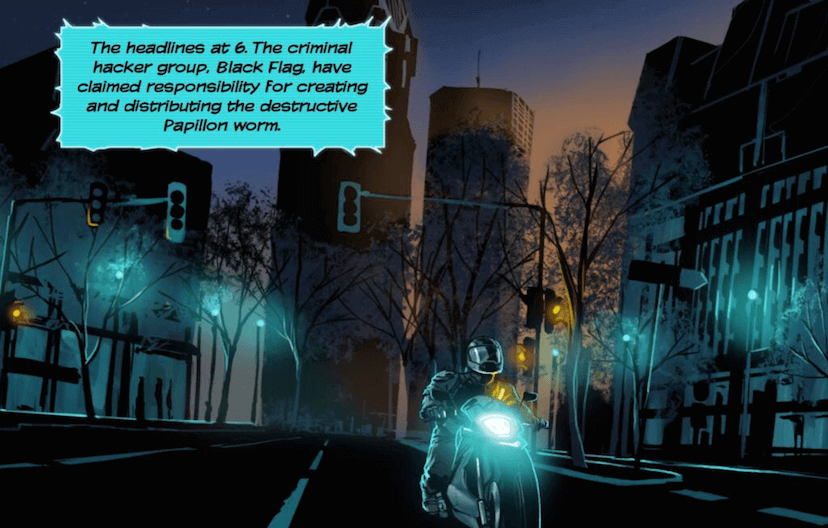 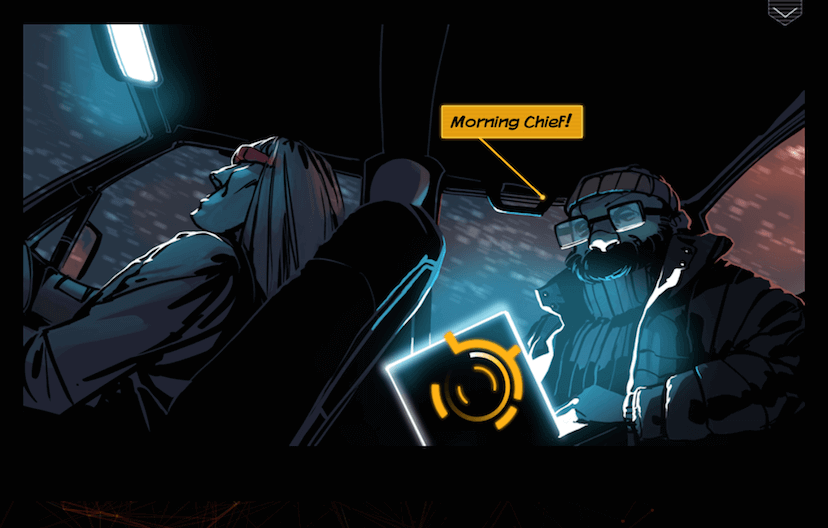 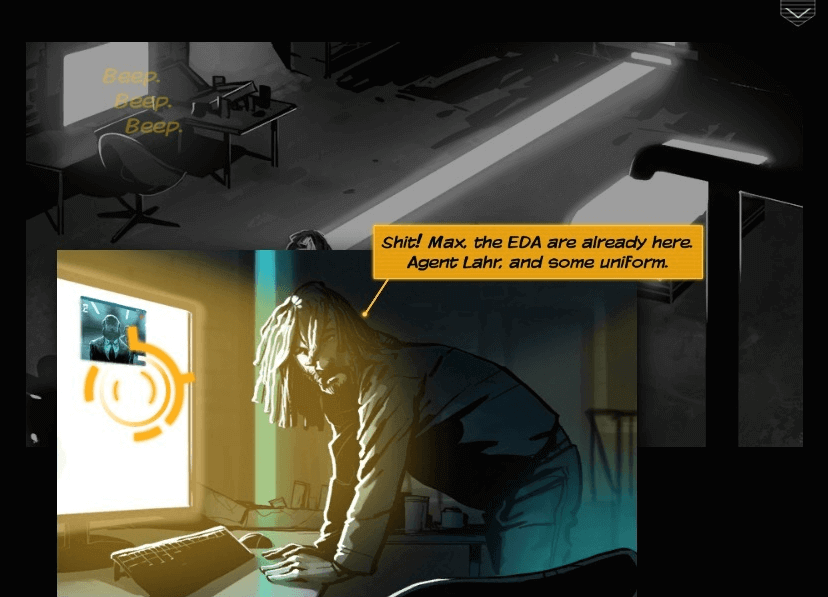 UNITY 3D
We used the unity game engine to create 3D exploration of the graphic panels.

CROSS PLATFORM
The prototype was built with javascript, supporting launch on both the android and iOS platform.

ILLUSTRATION IN 3D SPACE
All visuals and panels where drawn on 3D space, setting up the environment in blender.