Everyday Rebellion is a feature cinema documentary and cross-media project about the power of creative, nonviolent activism and modern civil disobedience.

A project about the various methods of nonviolent resistance, new and old shown through recent movements like Occupy Wall Street, 15m, Femen, Iranian & Syrian uprisings as well as the Arab Spring. Everyday Rebellion displays the work and life of activists all over the world, who often risk their lives to fight for a better tomorrow.

The Everyday Rebellion App is a practical and playful guide and information resource to the creative nonviolent struggle and its methods, based on the successful Cross-Media project Everyday Rebellion. The app is strongly connected to the projects website and cinema documentary, making use of the work and synergies of the different platforms.

The Everyday Rebellion App serves as an information hub, but like the website and the cinema documentary, makes use of the creativity and humour of the nonviolent movements to keep the user engaged and entertained while learning about the subject and methods of nonviolence.
The user has several ways of interaction with Everyday Rebellion and the other users. Beginning with the ability to post urgent questions via the app itself, the user can actively participate in expanding and developing the content of the application by suggesting new methods, new movements or likewise, that will be implemented into the app’s forthcoming updates. 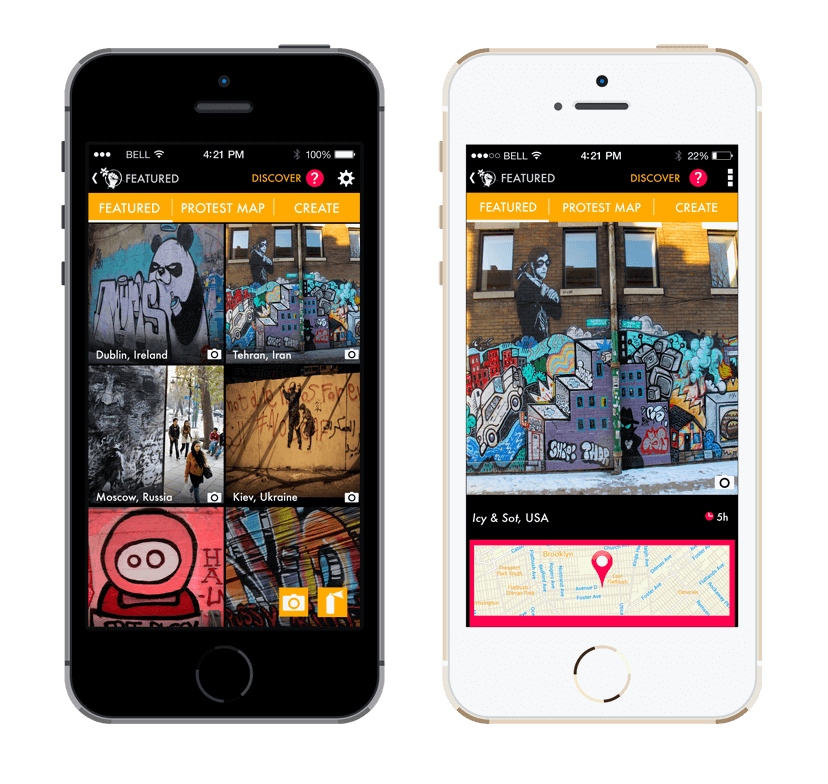 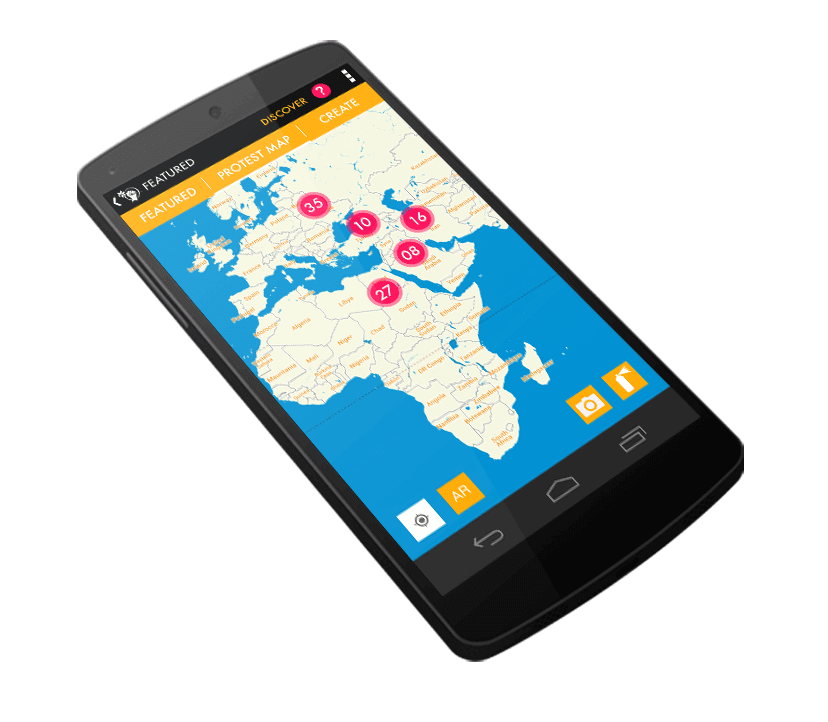 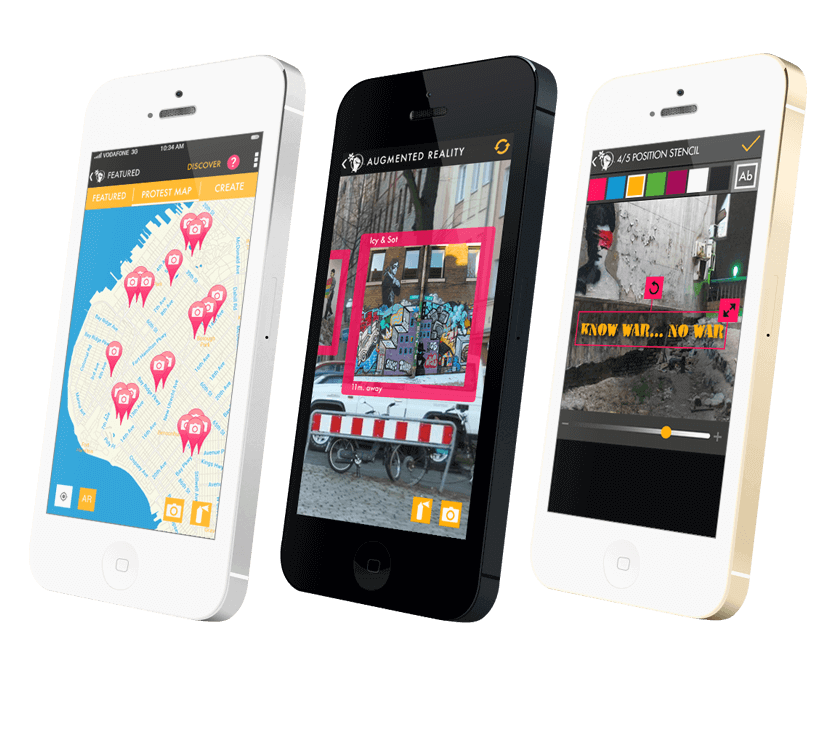 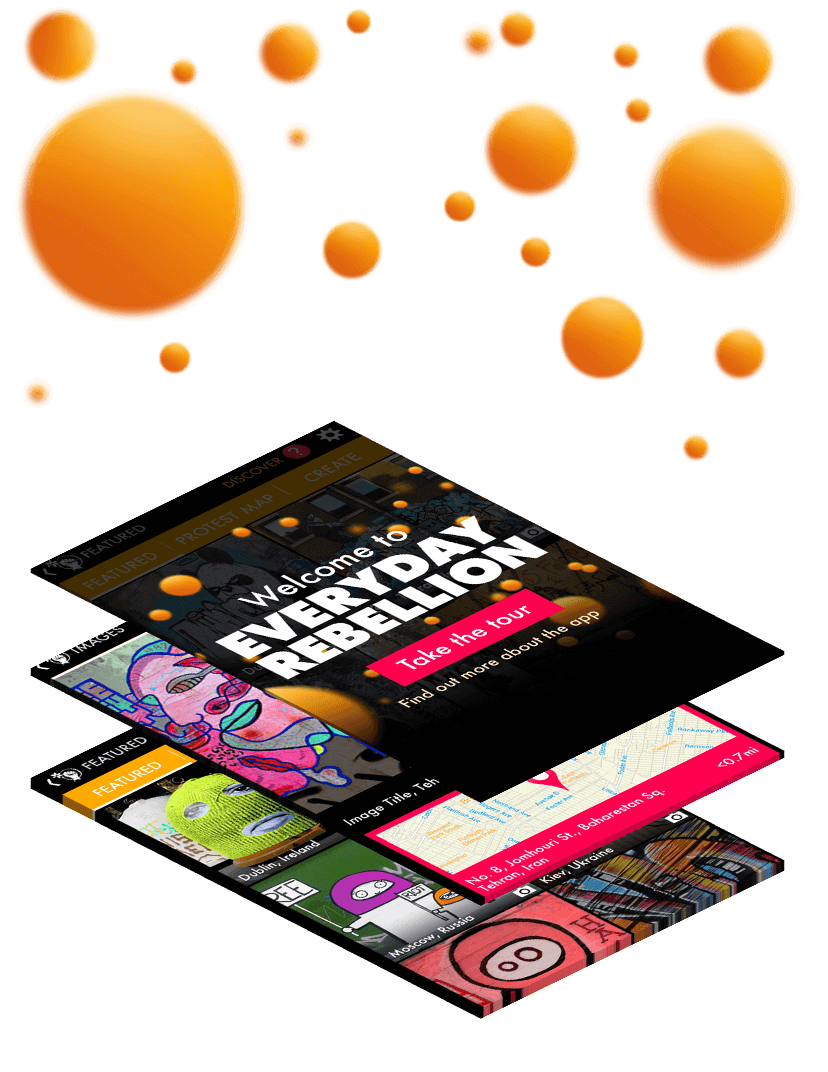 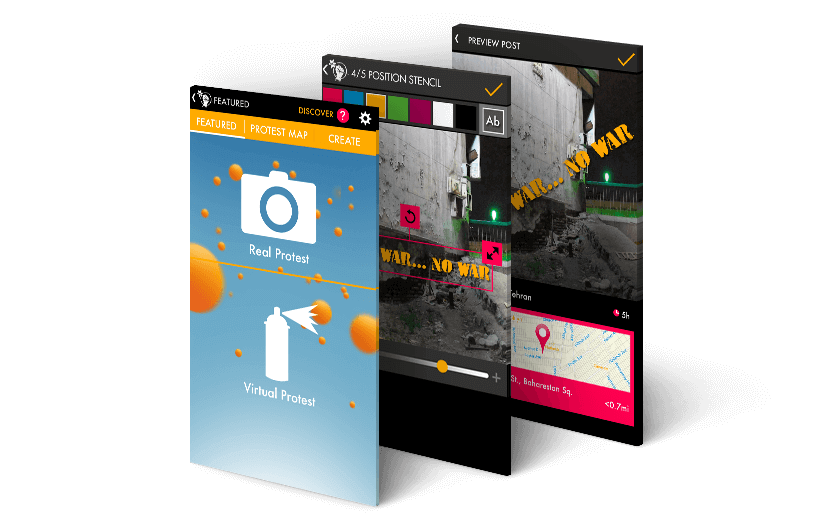 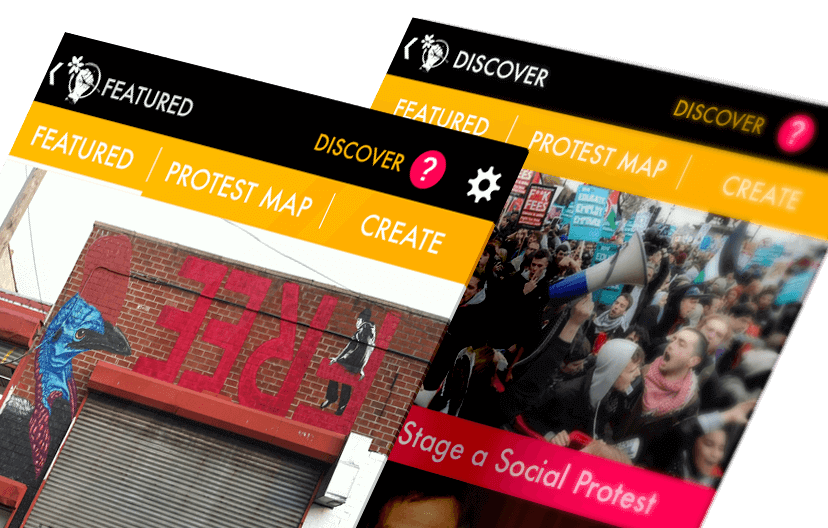 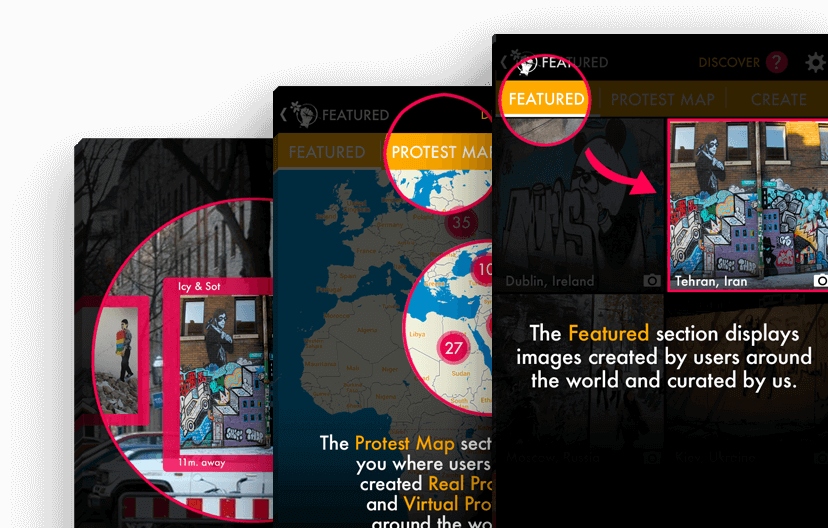 AUGMENTED REALITY
We extended the phonegap functionality with wikitude to augment information around the user.

ADVANCED BACKEND
We extended the functionality of the wordpress website, to host the database of user generated content, which administrators can edit and feature.

MAPS
We customized google maps to cluster points of interest, merging them into one node based on the zoom level.